The following screenshots from Richard Wolstencroft's Facebook account were taken in 2009 and 2010. He rarely went more than two days without posting some babble involving crude racism, white supremacy, defending Nazis, or fantasies about the Fascist Utopia to come. These are just a sample.

They won't be a surprise to people with access to his Facebook now, in fact he's probably written much worse things since then. I'm putting them back up mainly for people with no Facebook access and who aren't already familiar with the dark, twisted & irritable bowels of this idiot's mind.

Up until this time Wolstencroft had avoided making explicit racist and antisemitic comments in his public writing. He considered Facebook to be at least semi-private, with around 1,300 "friends" at the time. On his blog, in the Melbourne Underground Film Festival program notes, and elsewhere he had been ranting for years about "transcendental fascism" and it was obvious to anyone looking below the surface that he wasn't just being a stirrer and a "cheeky" provocateur.

These are in no particular order.

(Note: the screenshots have been restored from the 2010/11 website. My intro and comments are new) 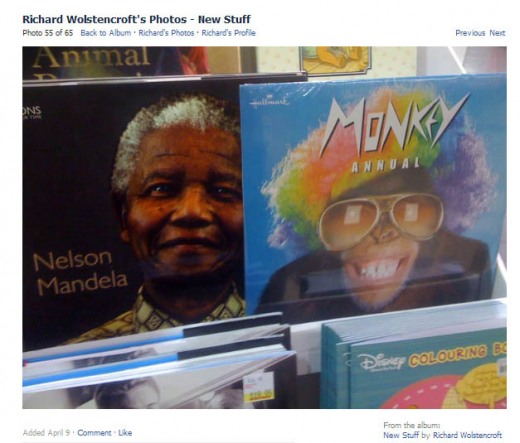 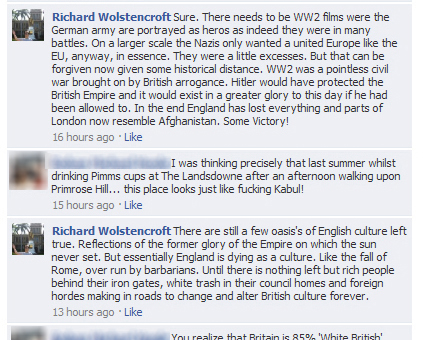 On Customs and the Chinese 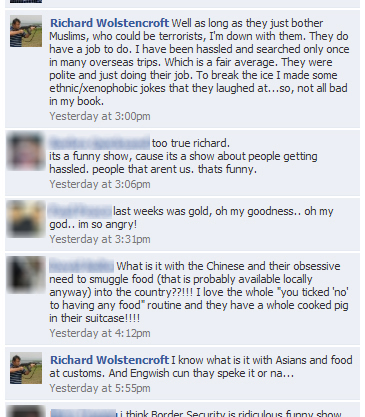 In Facebook's olden days lists of favourites would appear in whatever order you typed them out, which could potentially reveal the stream of consciousness you were suffering at the time: Alfred Rosenberg, Arthur De Gobineau and Houston Stewart Chamberlain form a direct lineage from the invention of the Aryan Master Race fantasy to the Holocaust. 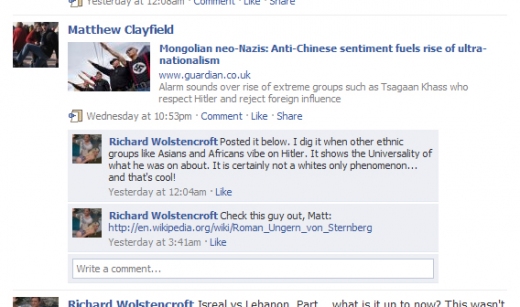 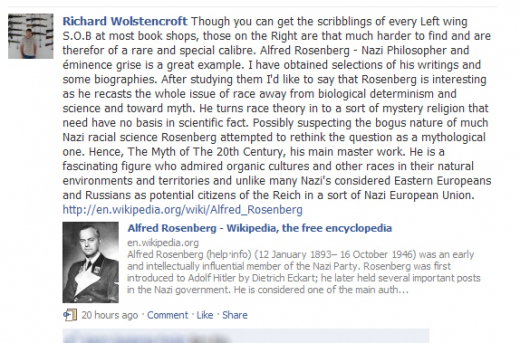 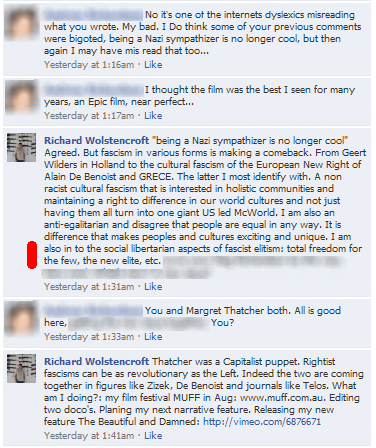 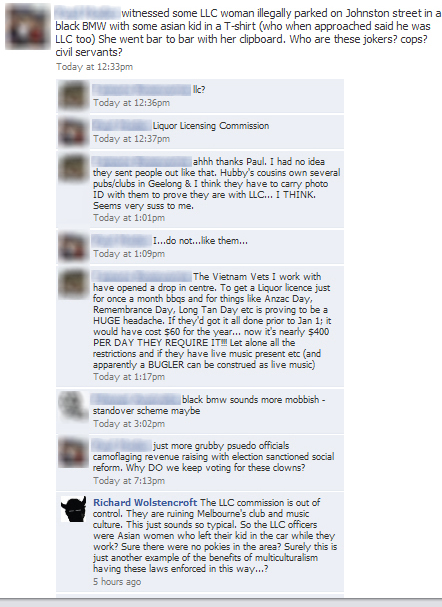 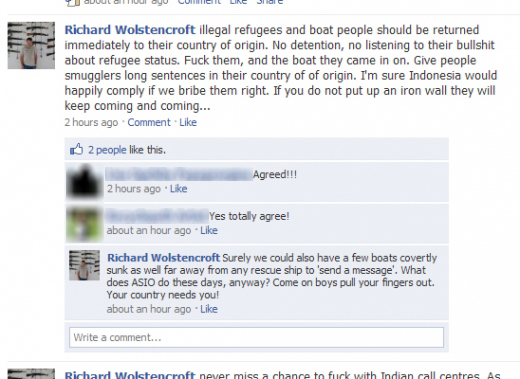 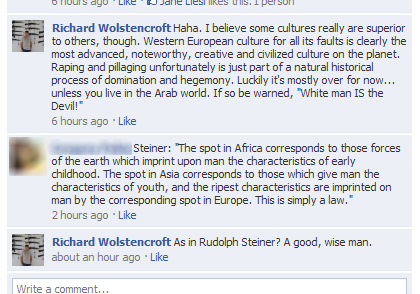 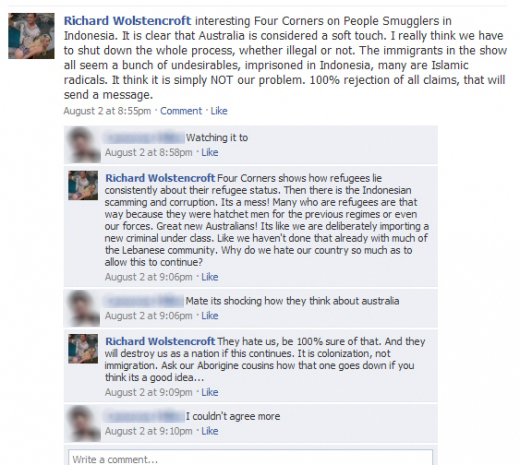 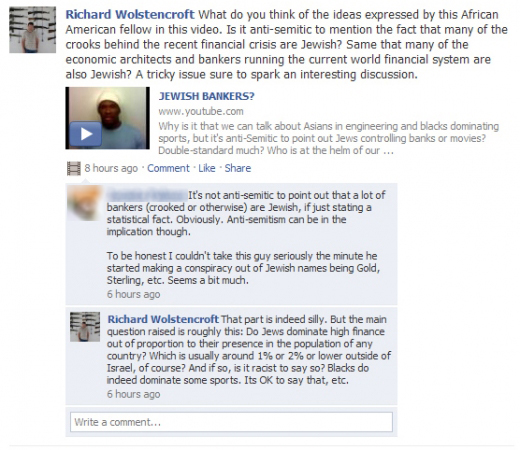 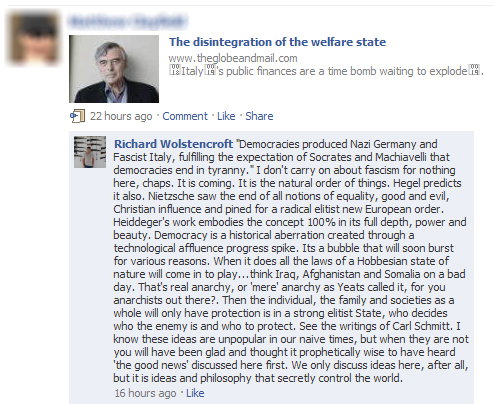 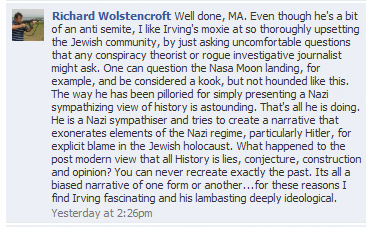 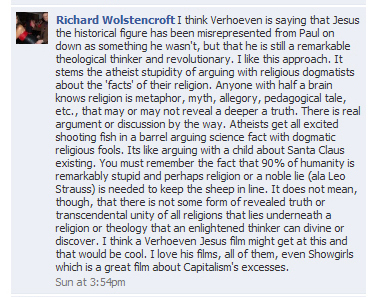 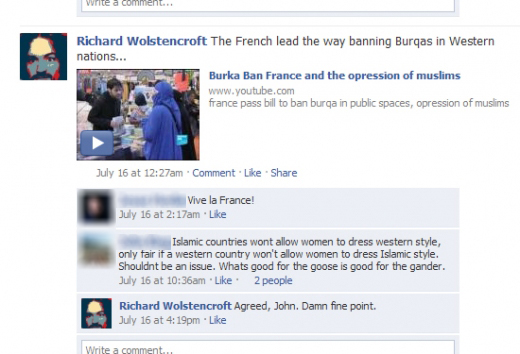 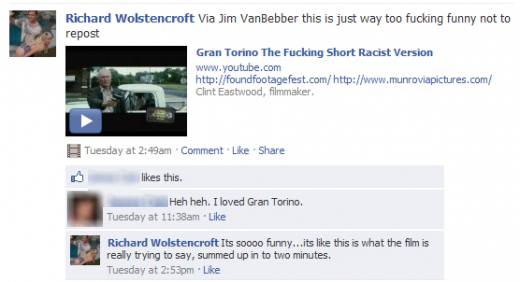 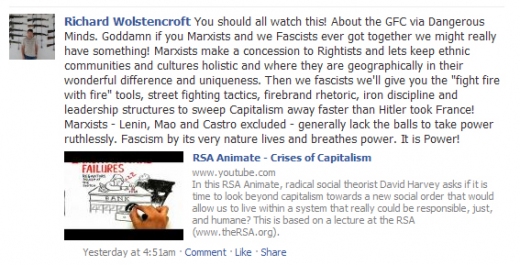 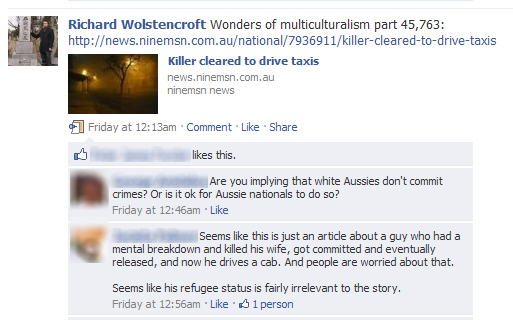 This is about notoriously ugly moll Naomi Campbell. 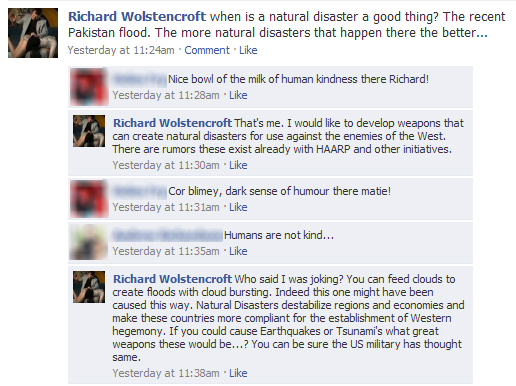 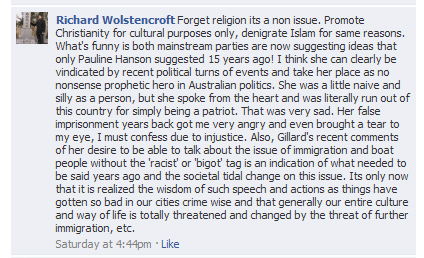 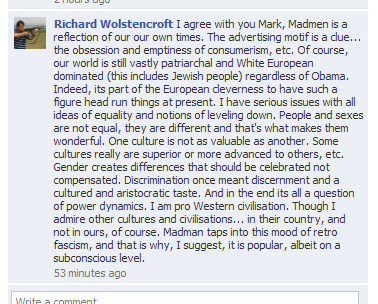 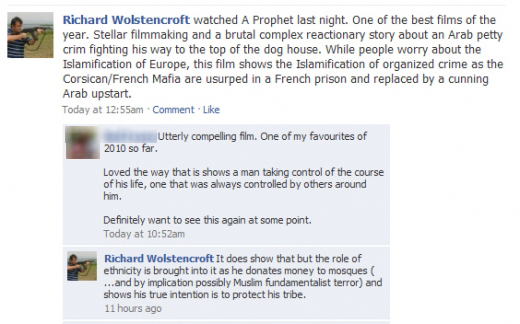 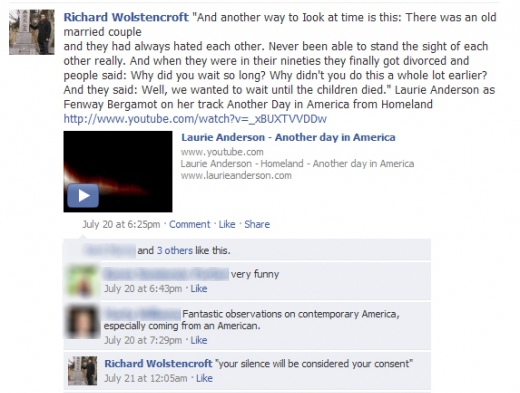 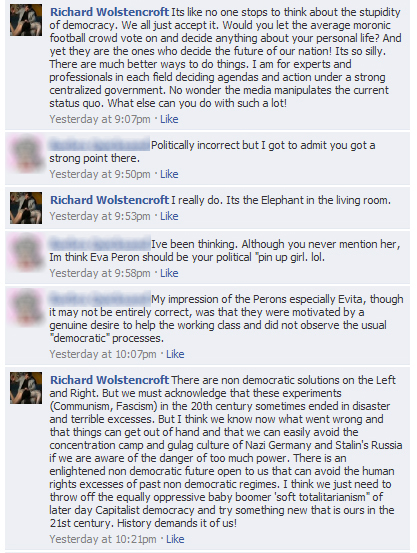 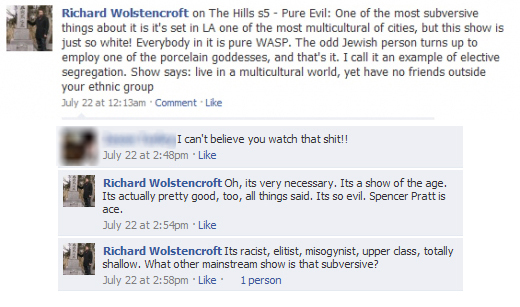 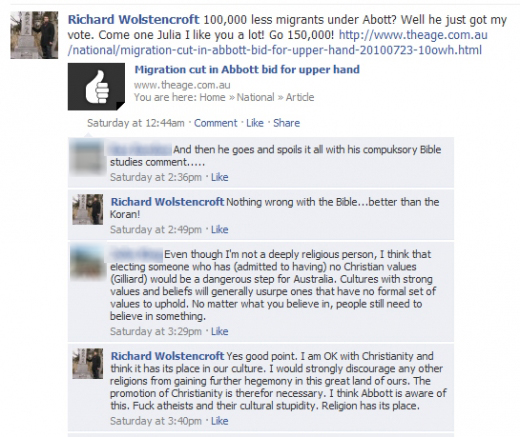 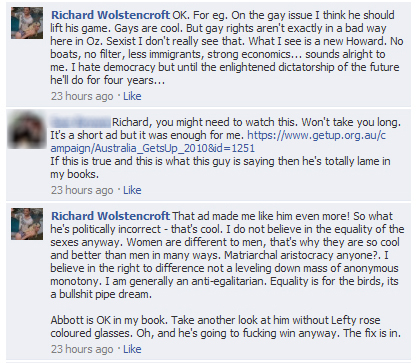 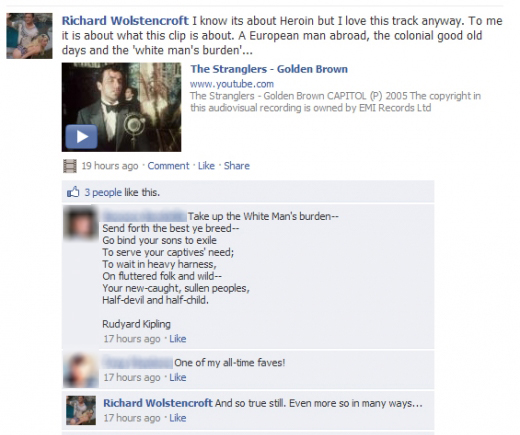 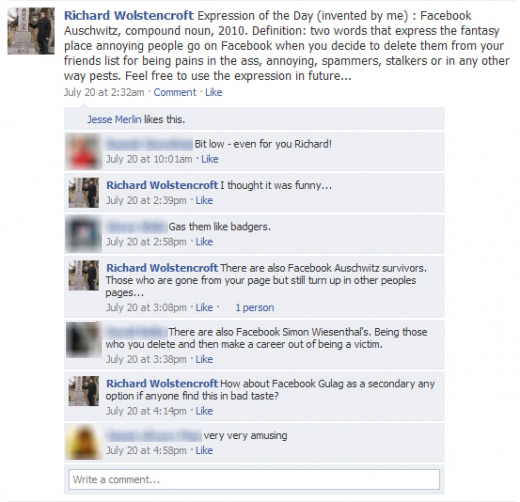